What does it mean to boost the Tokyo Olympics with "broadcast"? I went to ask the big shot directly! #大学生の社会見学

Finally, Next year’s Tokyo 2020 Olympic Games!
It is a large-scale global event that is unquestionably said, but there is a group that is recruiting nearly 1,500 student interns (paid!) that will enliven the Olympic Games together.

The body offering this opportunity is “Olympic Broadcasting Services”, an organization that looks like something very special that has been approved by the International Olympic Committee.  That’s very interesting…I tried to do an internet search, but I could not get information on the Official Website in English.  Hmm…I’ve got trouble understanding English well!

Then, this time, we decided to ask the CEO of Olympic Broadcasting Services (the most responsible person) directly in various ways!

Two active college students(Ms.Miyazawa and Mr.Ishikawa) interested in the broadcasting industry accompanied us.

Everything seems to be very tense and nervous because English only coverage, and the interviewee is the CEO of the international organization.

＼Nice to meet you! ／

Born in 1964 in Athens. Involved in the management and broadcasting of international sports events, he served as a top executive of the Host Broadcaster Organization of all Olympic Games since 2004 Athens. Appointed CEO of OBS, which was established by the IOC after the London 2012 Games. He regularly speaks at international conferences and events on broadcasting, new technologies, and digital media.

What is the Olympic Broadcasting Services (OBS)? 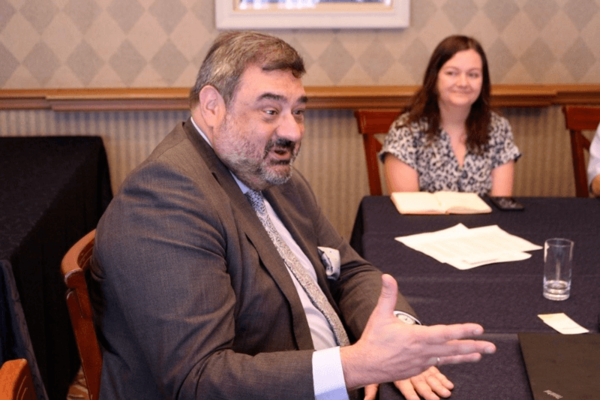 ――Please give us a general idea of Olympic Broadcasting Services!

At Tokyo 2020 Olympic Games, we OBS will play a central role in the host production of Olympic Games broadcasted all around world. We plan to produce a total of more than 9,000 hours of TV coverage for all competitions, and we will work together to bring together 7,000 broadcast professionals from 80 countries and regions.

――You mean that the images of past Olympic Games mostly produced by OBS?

That's right. The video produced by OBS is called an international signal, but this international signal is provided to the rights holders who have broadcast rights throughout the world.In the case of Japan, JC (Japan Consortium), which is composed of six major broadcasters in Japan, is the rights holder, and JC will add their Japanese commentary audio to the video we provided and sometimes add unilateral videos depended on sports.The videos produced by OBS will be broadcast worldwide, so we need to provide the highest quality in the world. We have an obligation to produce high quality video that conveys the fun and uniqueness of the competition. Therefore, OBS has always made an effort to introduce the competition in a new way.

OBS, an organization that provides the world's best pictures! 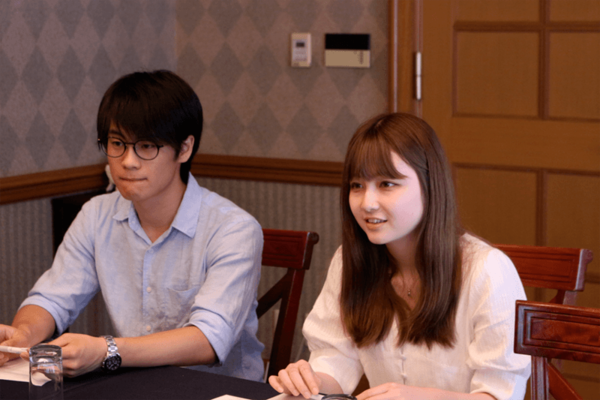 ――Specifically, what kind of shooting technology do you have?

For example, there is an unmanned camera moving along a track in athletics. That is called track cam. In addition, there is a dive cam where the camera follows the athletes into the water in diving competitions, and a steady cam where the image does not shake even if the camera operator shooting the players is moving. All these technologies were introduced at the 1996 Atlanta Games and are now universal.

The camera system called Twins Cam, which shows both the upper and lower surface of artistic swimming, was developed by NHK for the Olympic Games. Japanese broadcasters are very good in terms of technological innovation! I think there are some ideas in the Tokyo Games, and I can show everyone new things.

―― The Olympic imaging technology is always at the cutting edge in the world!   By the way, do you often take pictures of popular competitions and players?

That's a very interesting question!  We believe that we need to be consistent in all sports coverage, not just certain competitions. The level of live coverage, as well as the fun and unique parts of each competition must be communicated. To that end, we are constantly researching how to appeal the new sports' interesting aspects.

For example, the new competition surfing added from the 2020 Tokyo Olympics is not just a sport, it is an environment friendly competition, and it has a deep relationship with music and other cultures, so it can be understood as a single life style .  We would like to show you all that kind of attraction on broadcast, and I'm thinking of holding a surfing festival that tells the culture at the same time as the competition.

A chance to learn the world's leading-edge video technology to 1,500 university students! 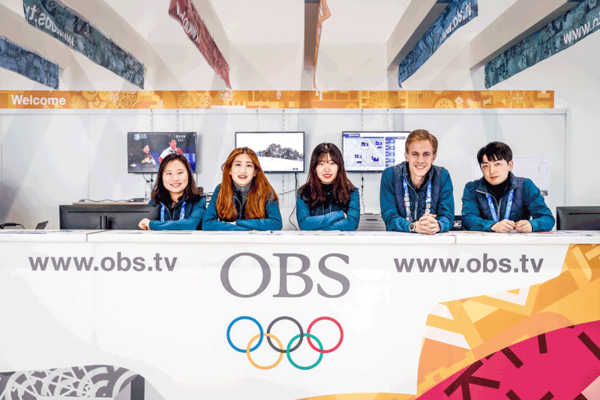 ――You are recruiting student interns for the Tokyo Olympic Games, but what exactly are they?

One of our missions is "Education"!  OBS places importance on fostering the next generation of broadcasters.In the previous Games we have also implemented training programs and provided students with the opportunity to work at the Olympic broadcasts. I think that it is very meaningful to leave the work as a paid professional, not a volunteer

The program began with the Los Angeles Games and now has more than 10,000 alumni, but there are a lot of people who are actually active in broadcasting and media relations now!  The Tokyo Games invites approximately 1,500 students.  We have already signed up for about 1,000 people at the moment, and I think it will increase by the time the training program starts this October. There are many men in the current broadcasting industry, but it is nice to know that about 70% of the women applying for the Tokyo Olympics intern are women! This is something that we are very happy about who makes gender equality a fundamental value. I think it will have a positive impact on Japan's future broadcast industry. 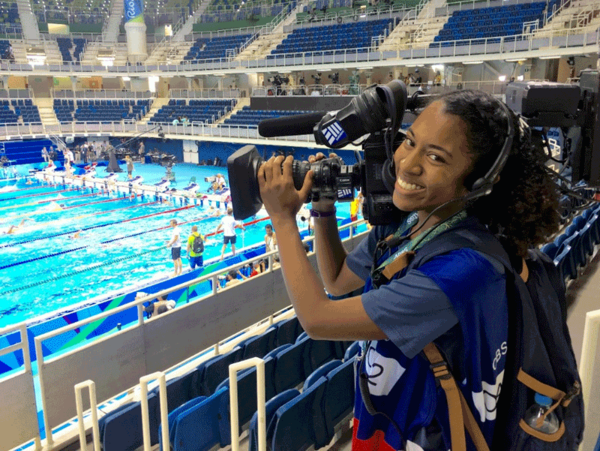 ―― What specific tasks do you allow for intern?

There is a variety of work content, such as the time when the competition started and recording of broadcast content, support for broadcast equipment, and support for broadcasters gathered from all over the world. The most popular one is the assistant of the live camera. You will be working near the competition area so you can work near a superstar such as Usain Bolt.  So jealous that I wish I could do the job by myself (laughs)

――You can experience the decisive moment of the Olympics in a close look!  But can you all work in the desired position?

You will receive training on the specific position you applied for, so basically you will be in the position you want.

The training will explain the basic part of "What is broadcasting?",  And there will also be on-the-job training such as winding the camera cable. It will probably be held from around the world with professionals from each department around October or November this year. The period is about 2 to 6 days, and I do not think it has any impact on schoolwork because most of it will be on weekends. There will be a selection by a Japanese dispatch company after the training, but I think that most of you will actually do the work because you hear that Japanese students are excellent.

――I heard a great deal of interest when I heard the story. Are you still recruiting?

Yes, it's fine. You can still apply.

――(Goood!)
――Please give a message to the university students who are interested in the intern.

OBS's training program is, to be honest, so good that I think I wanted to start working in the broadcast industry in this way as well. I think that the students who can start work in the broadcasting industry are enviable at the world's largest and best sporting venue. We hope you enjoy this opportunity and it will be an unforgettable experience for the rest of your life! I think that in the future, if I get to the broadcasting industry and the media industry, it will be one of the best approaches.

Here is the application form 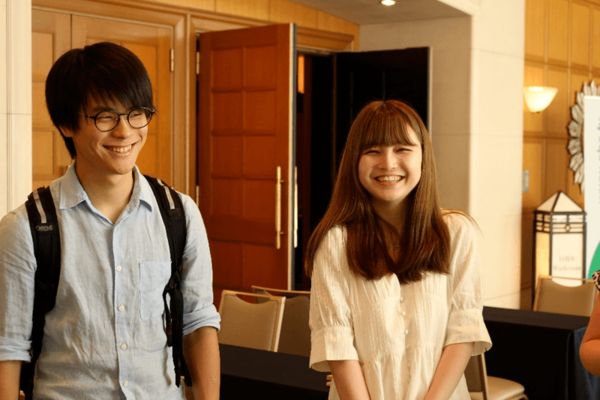 ▼Ms.Miyazawa's impressions
It was very easy going and talkable! I wanted to get into the TV industry, so it was especially interesting to talk about how to shoot the camera and shoot the entire competition equally. I was interested in the intern but it seemed to be a bit difficult ... but I wanted to do it when I heard the story. Let's start learning English from now on!

▼Mr.Ishikawa's impressions
I knew what the Olympics’ video was made with, so the perspective of the Olympics is likely to change. I was interested in the technical aspect, so it was interesting to talk about Twins Cams and Track Cameras. When I joined the intern, I realized that I could see those cameras close up and I became more interested. It was good to hear the story, as I felt that I had no chance to be involved as a maker for the Olympic Games in my country, once or twice in a lifetime. 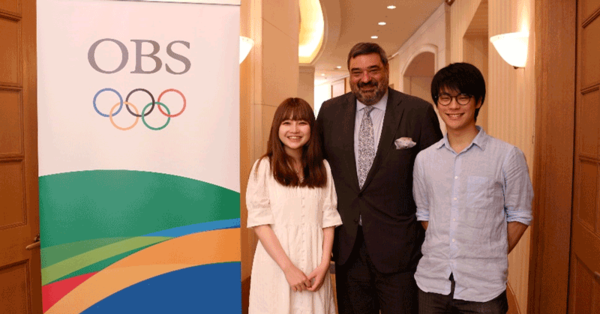 Finally, Yiannis said with a smile, "I think the Tokyo Olympic Games will be the Games for the younger generation to enjoy."
In order to appeal the competition itself to the younger generation, the Tokyo Olympics has organized many events that young people like, such as skateboarding, surfing, sports climbing, 3 × 3 in a 3-man basketball, etc.  Even in a production position, in order to grasp the feelings of the young generation, it seems to focus on digital content seen on mobile etc., and VR (virtual reality) program will also be produced! 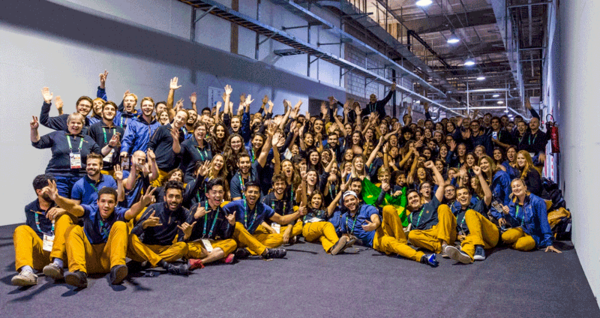 Here is the application form 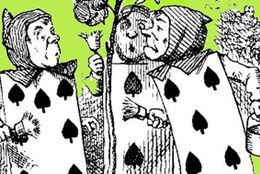 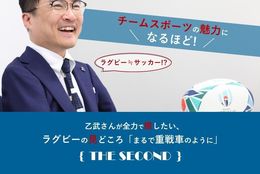 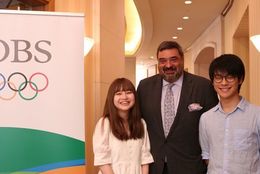 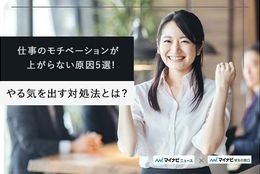 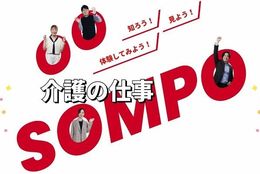 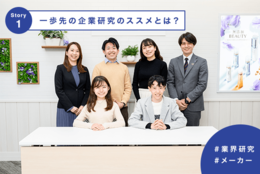 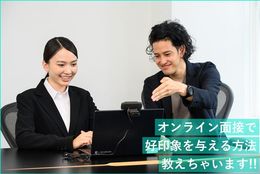 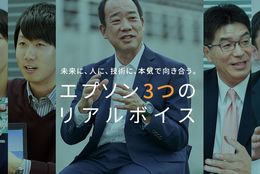